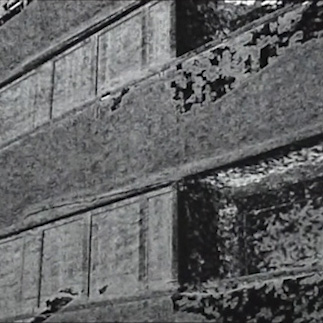 Around September 2017 I was commisioned to do this visual set by Avant Art Festival. JK Flesh is a legendary UK producer with over 30 years of influential presence of dark techno / metal scene. His dark, rhytmical set was held in a seated hall of Teatr Rozmaitosci, Warszawa. This was a perfect opportunity to introduce a visual layer for this great gig. 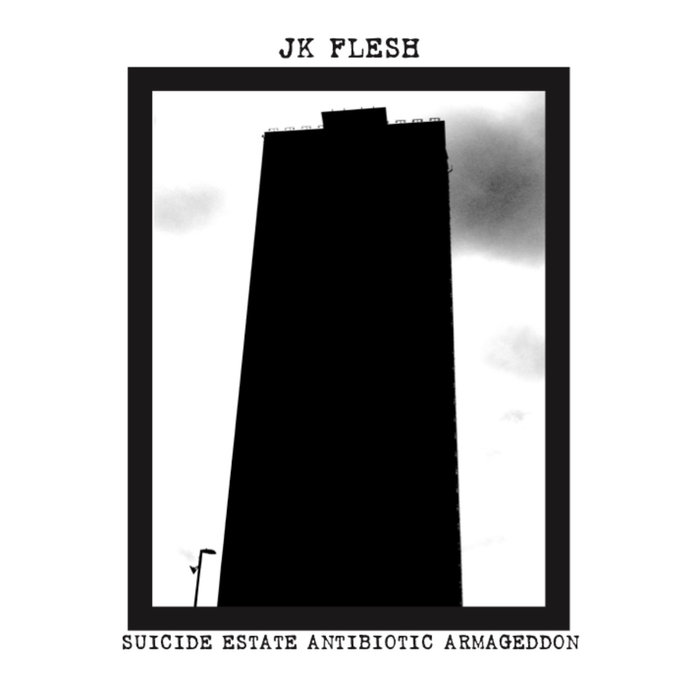 As I found out about the latest work of JK Flesh (Justin Broderick), his music, aesthethics and theme of the latest album (Suicide Estate Antibiotic Armageddon) immediately clicked with me. I’ve tried similar, high contrasted aesthethics before, but this time I’ve tried to do this different way, not technically possible without Touchdesigner. One of the main topics of the JK Flesh’ latest album was infamous  Bromford Bridge estate in Birmingham. It has now been demolished, but as I read up on it, I immediately recalled my childhood spent in polish blocks of flats. The same intimidating scale, height, bleak aesthethics and similar plaethora of problems – high density, anonimity, lack of privacy, dirt, crime, vandalism and suicides. 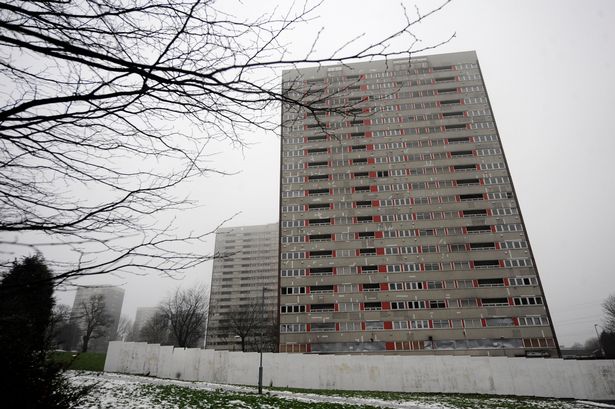 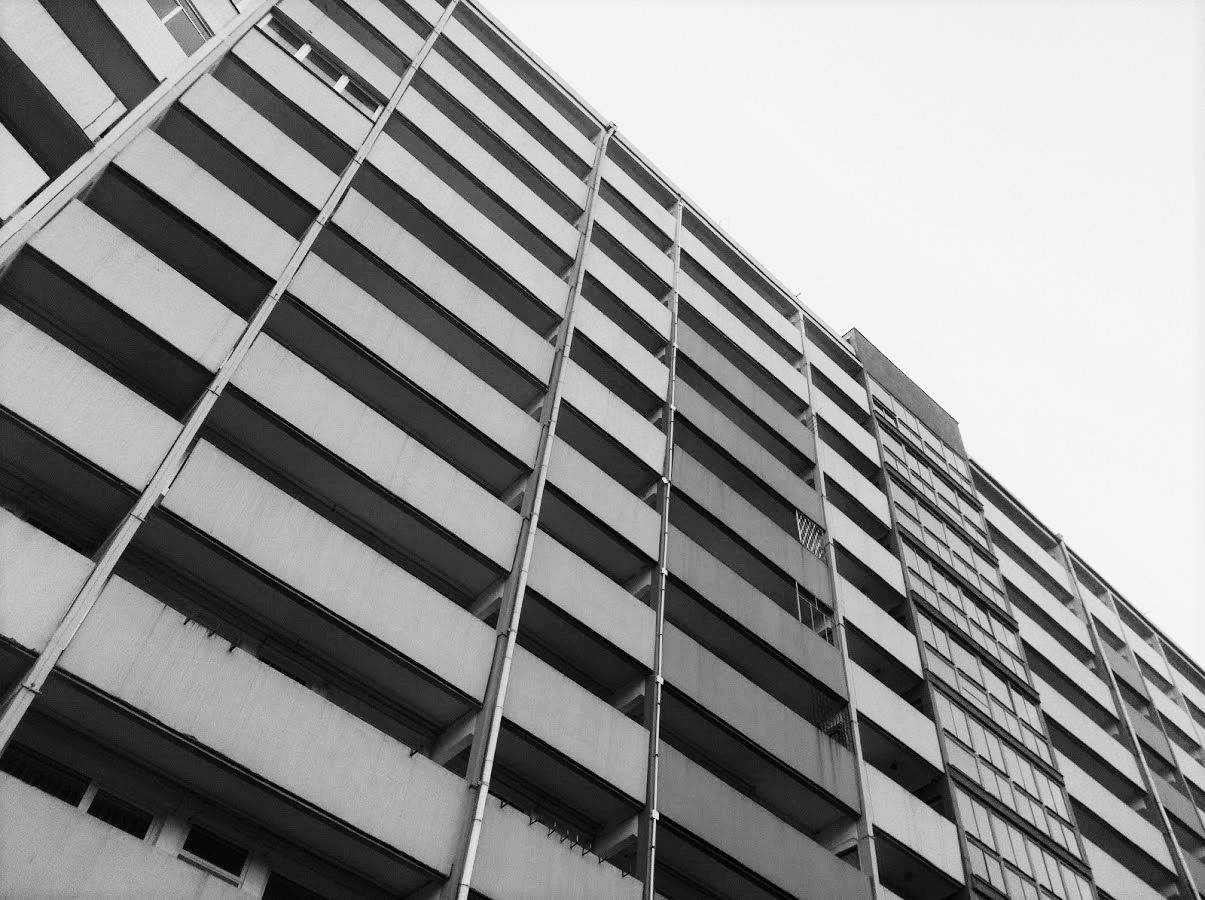 Second aspect of the album is focused around antibiotics. Their systemic over consumption created the new strains of antibiotic resistant superbacteria. However, I took the liberty take this part not so literally, focusing on some kind of disease spreading through the dark corners of the empty buildings, feeding on the feelings of alienation,emptiness and despair, engraved into the space itself. This also corresponded well with my old Noise Factory project, which allows to produce realtime, nonlinear patterns, highly bionic in nature, resembling the natural phenomenons. It is also loosely connected through its iterative, feedback based method, with Conways “game of life” – being a digital form of evolving life or disease.

I’ve recently discovered the sheer power of TouchDesigner and this was my first project using this software. With such amazing possibilities, I decided to base my set on this oppressive architecture, so I’ve modelled the Bayley tower in 3ds max and created some custom materials and textures (Ambient Occlusion) in Substance Designer. The live rendering setup had dynamic, interactive and audioreactive textures (total 50 megapixels of textures with effects and feedback loops) and dynamic 3d scenes with custom cameras. . With these I’ve also modelled an empty flat that could be one of the houses and setup a view from a M6 motorway with landmark high voltage electricity pylons. And it was running at over 50fps.

Below some pictures from the recording of the show: 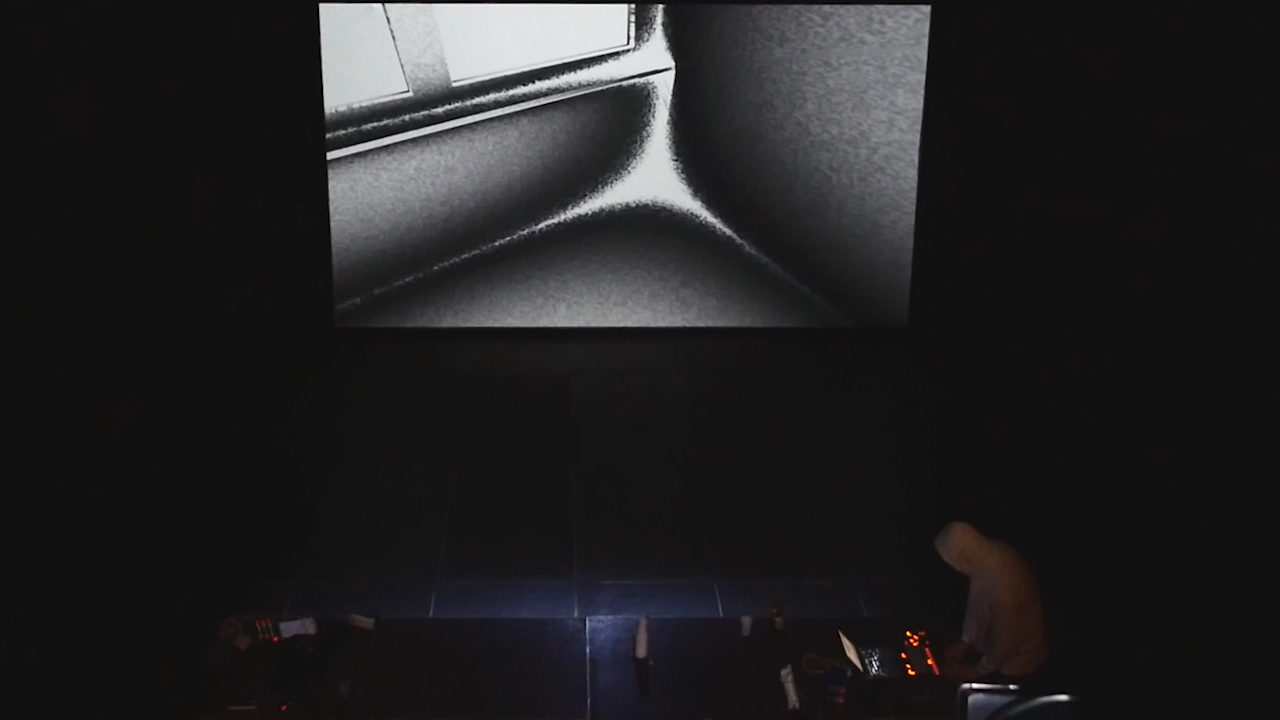 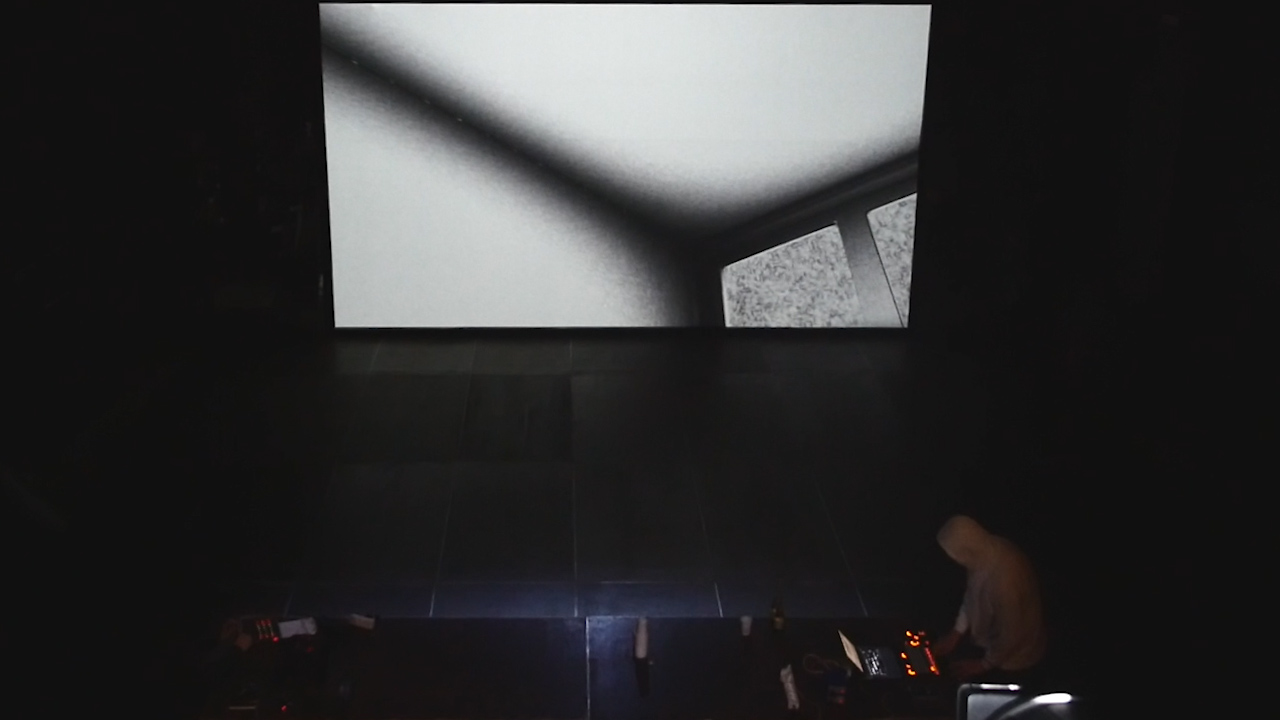 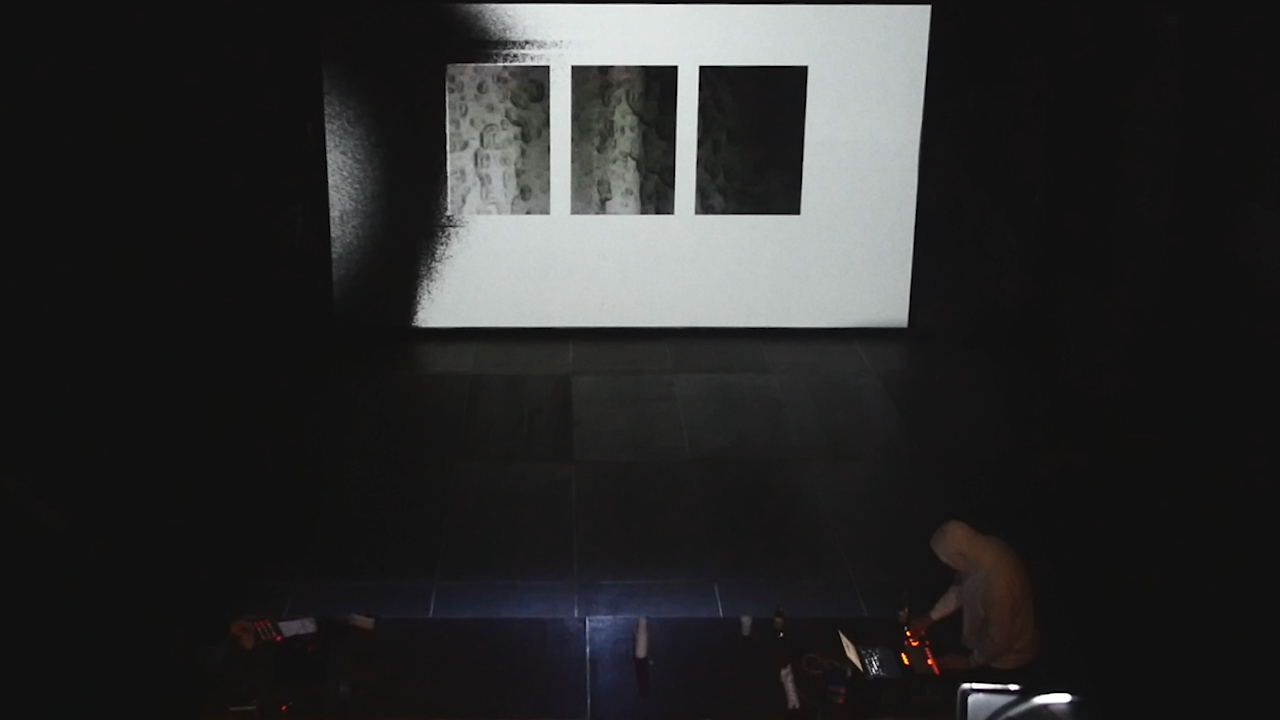 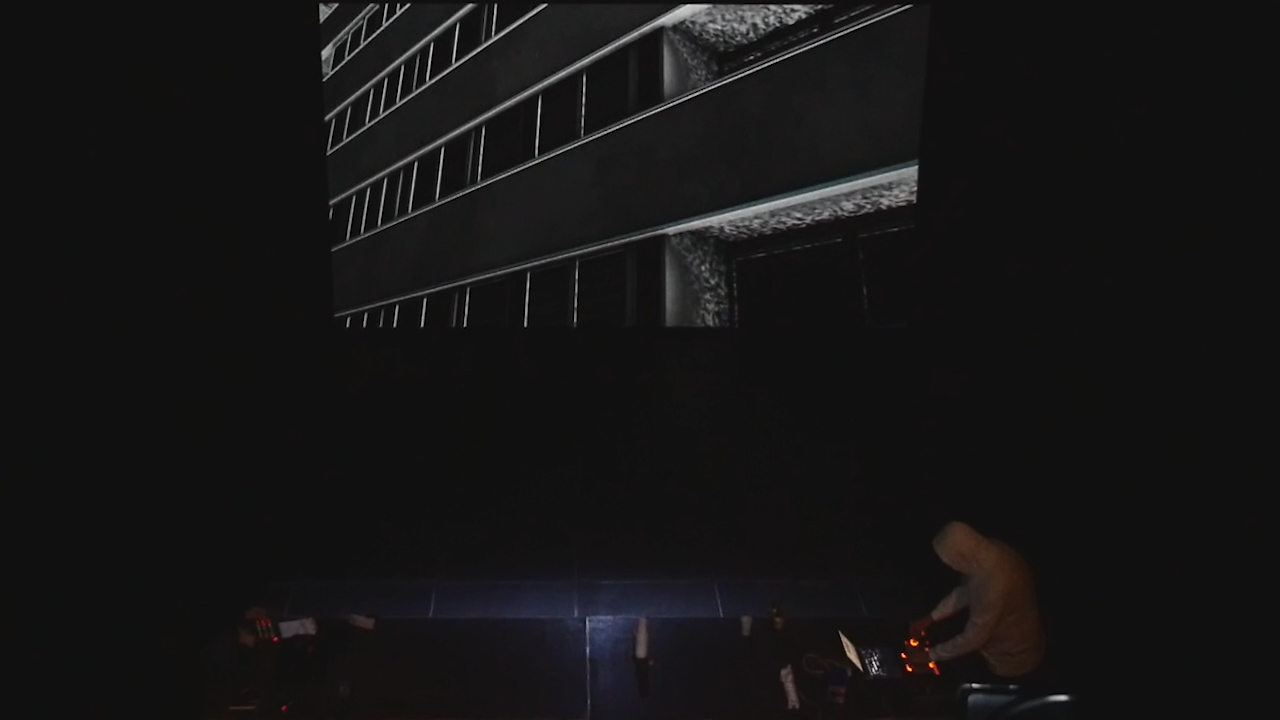 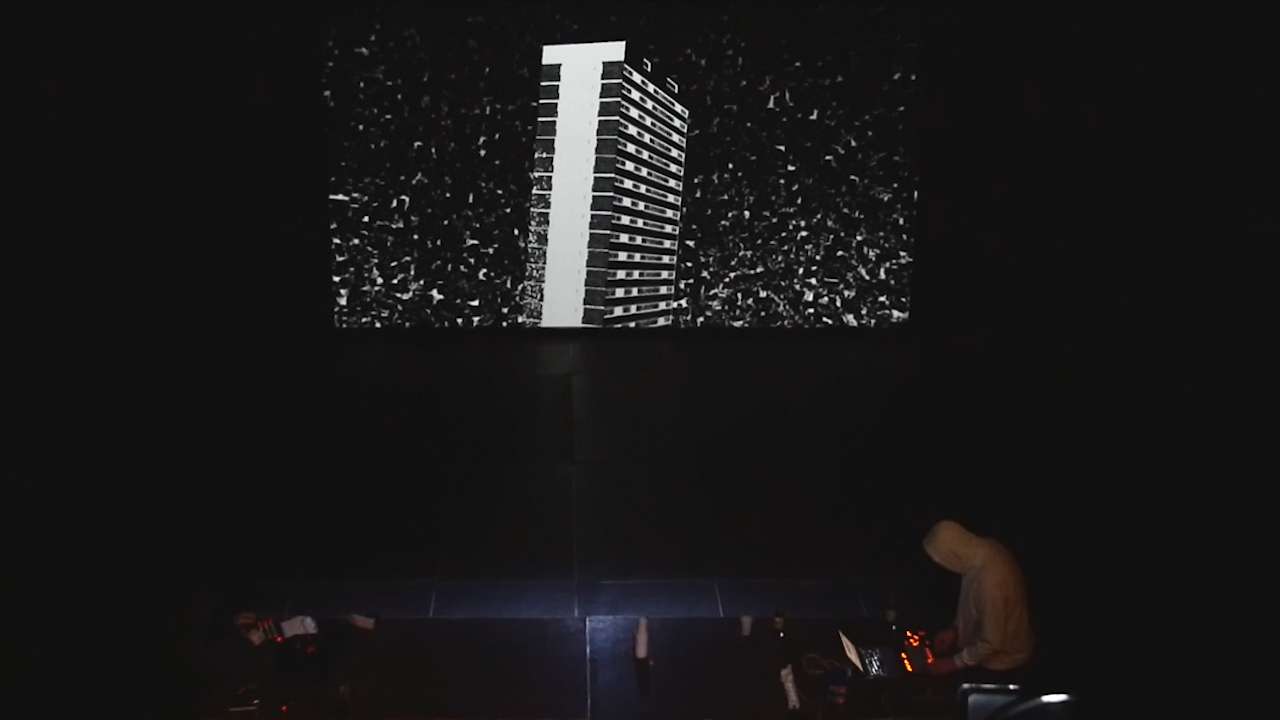 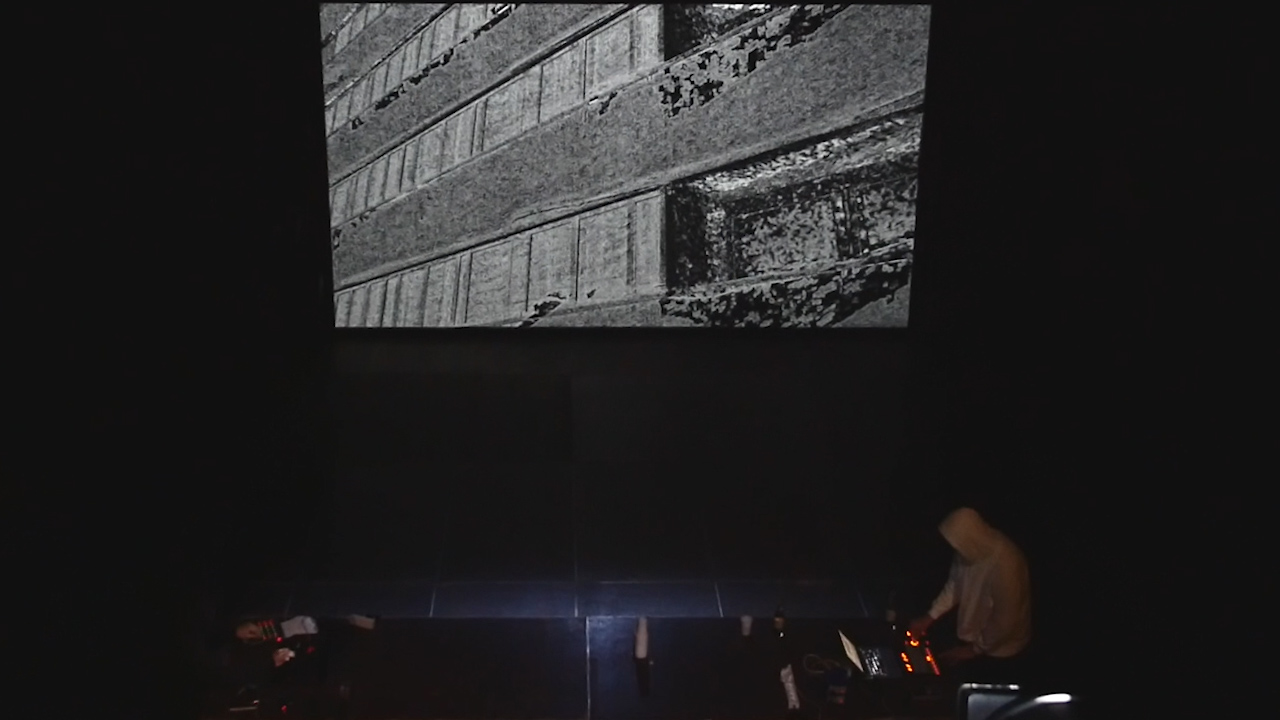 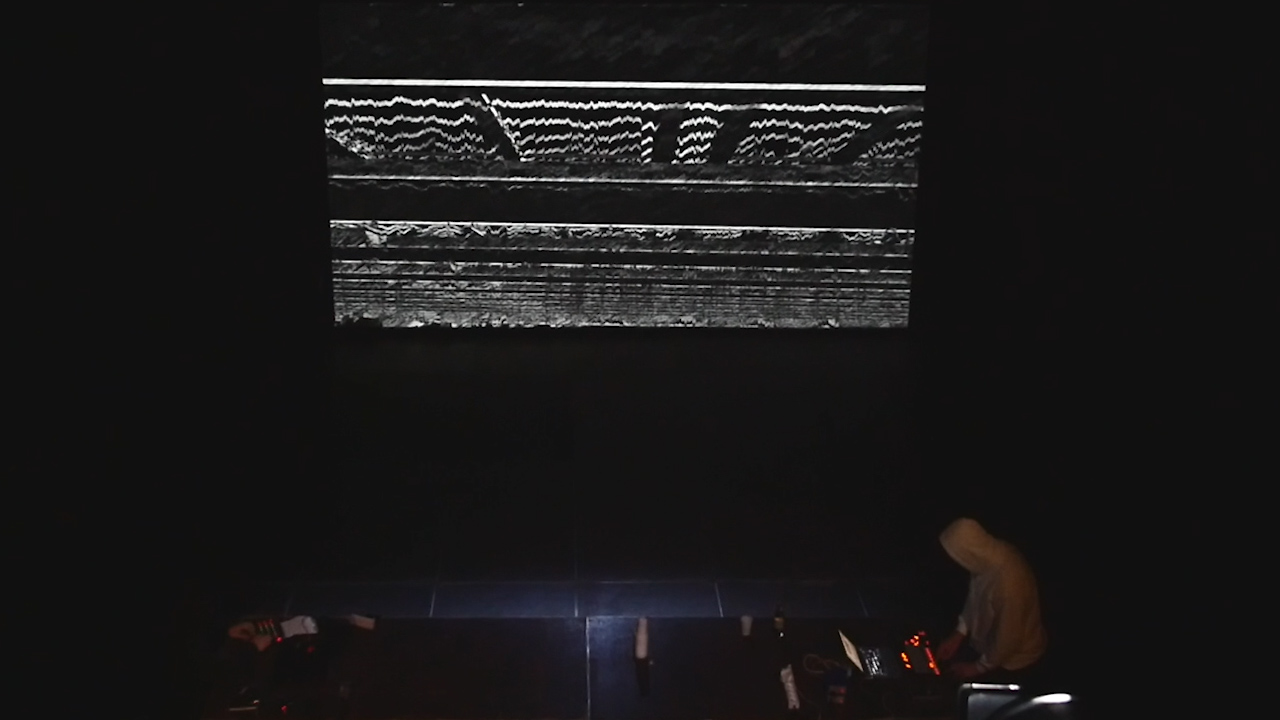