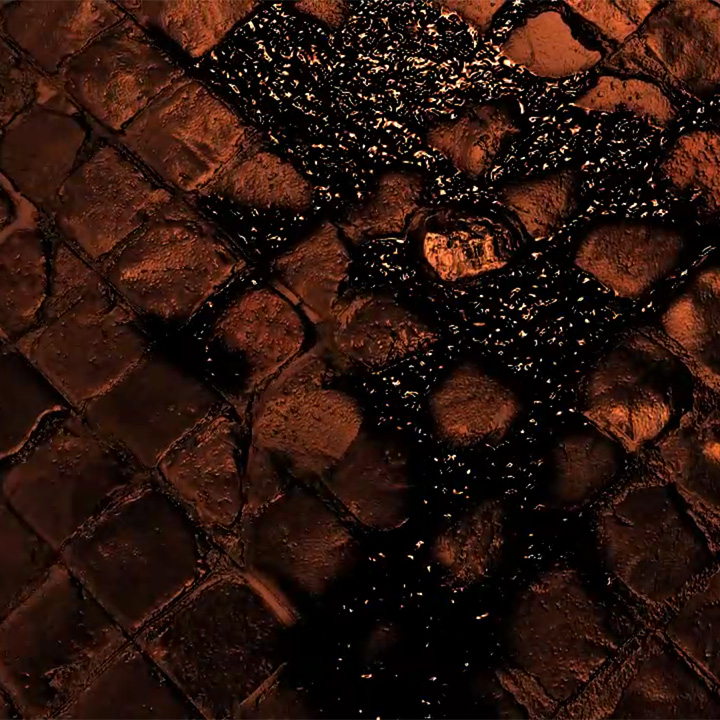 Dark themes seem to dominate this autumn and this one was particularly morbid and depressing.

Krzysztof Kamil Baczynski was a brilliant polish poet, who died in Warsaw uprising of 1944 at young age of 23 years. I was commissioned by “Pomysłodalnia” Foundation to do the visuals for a theatre drama about him. This job was not meant to be interactive, but I managed to use TouchDesigner as a content creation tool and it turned out to be quite amazing at that.

First part was the cosmic scene. Relatively simple, slow burning animation of the planet and the sun appearing on the starry, gilttering sky. I’d normally do it all in 3ds max, but this time I’ve decided to use the TD, just to be able to adjust the look on the fly and not wait for rendering. So I’ve made the animation in 3ds max and transferred all the animated objects and camera to TD via .FBX. In TD, I’ve added a background sphere with some hubble imagery. I’ve fiddled a bit with materials (pbr is not ideal for the look I was after) but mainly focused on the post processing stack – adding a ‘flare’ effect and a glow around the planet. When it felt ready, all I had to do was to run “movie file out” node.

Second part, was the animation for the uprising poem with the “blood seeping through the pavement, from the bellows of the earth”. This part was created in TD, using pbr material from Substance Source. It also had a custom pbr mixer, using substance driven, dynamic height based mask for blood flow. Rain ripples on the liquid surface were created using feedbacks, too. This scene has been choreographed and all the animated parameters were added onto the Animation CHOP. 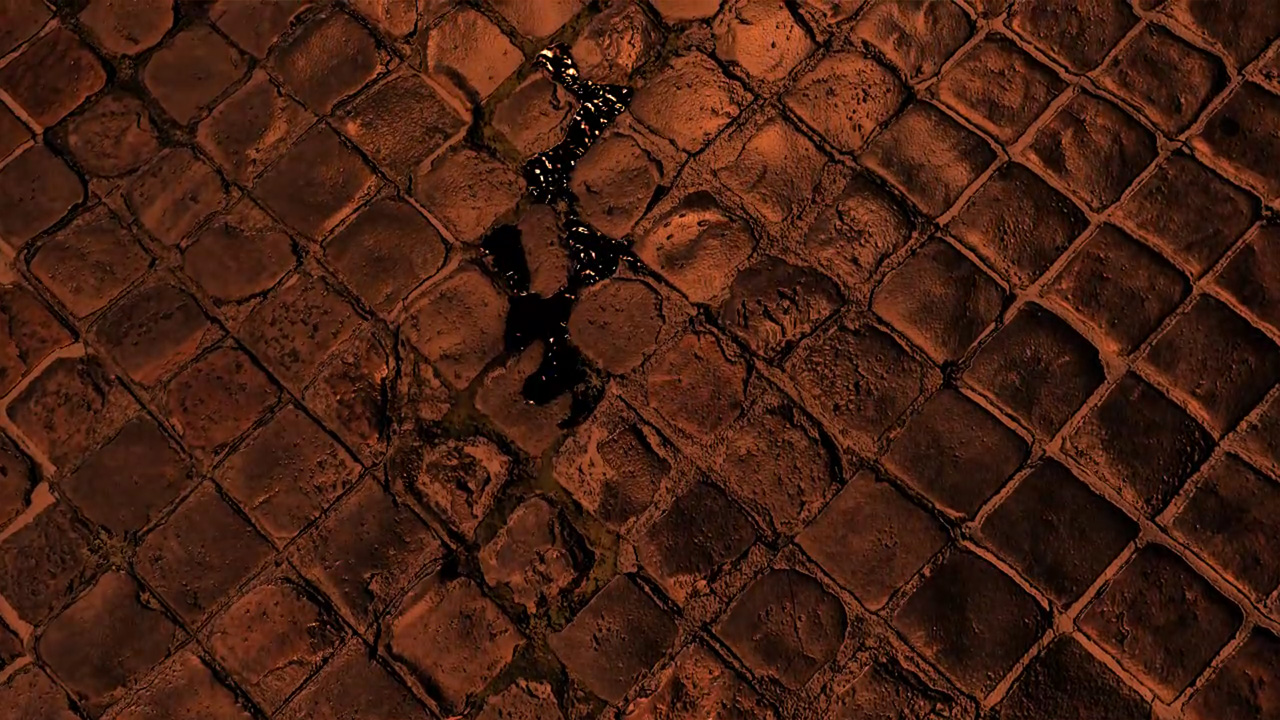 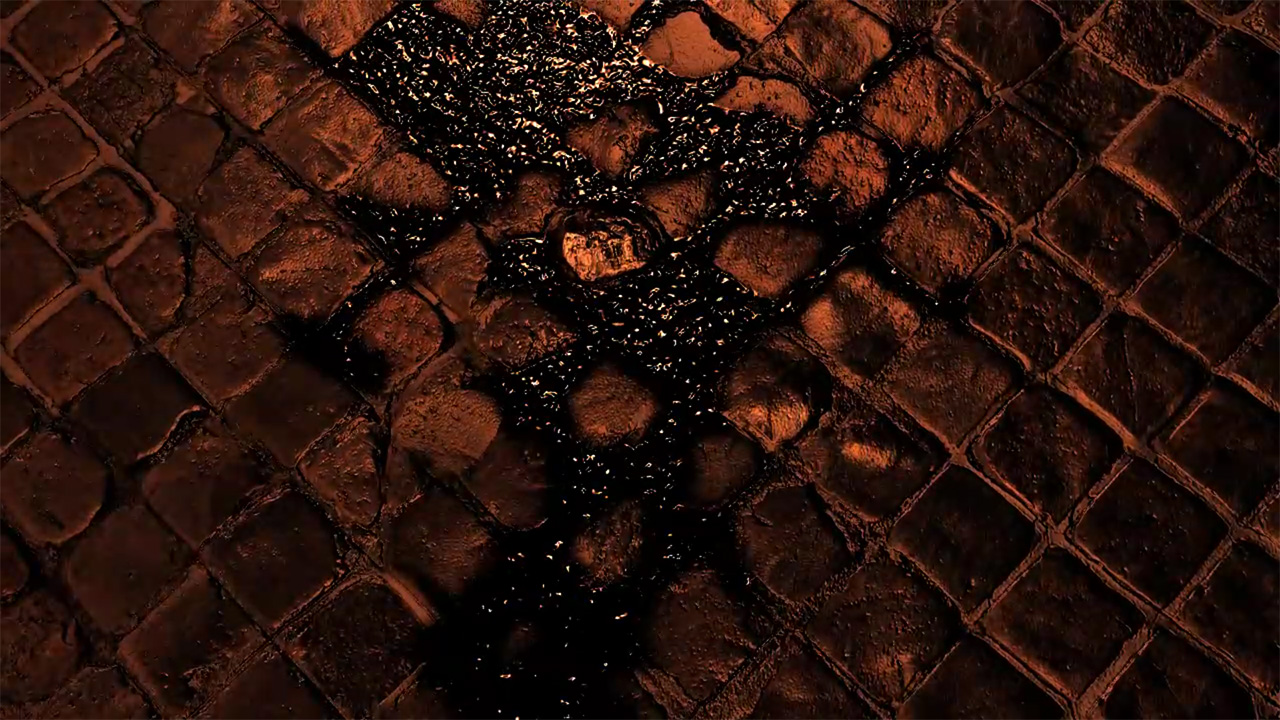 Third, perhaps the most difficult part was to create “boiling, burning, scarred, bubbling, gutty, fiery scene” – something close to impossible withing regular linear flow with software like 3ds max or After Effects. Especially without the budget to use expensive plugins and long simulations. Again – practice with pbr materials and cross channel feedbacks allowed me to achieve some pretty incredible results, very close to seemingly impossible brief. This part was recorded with the specific soundtrack and mostly controlled via MIDI to achieve interesting results that flow with the music. Also – controlling such a chaotic beast of a system with timeline would take ages to tweak. 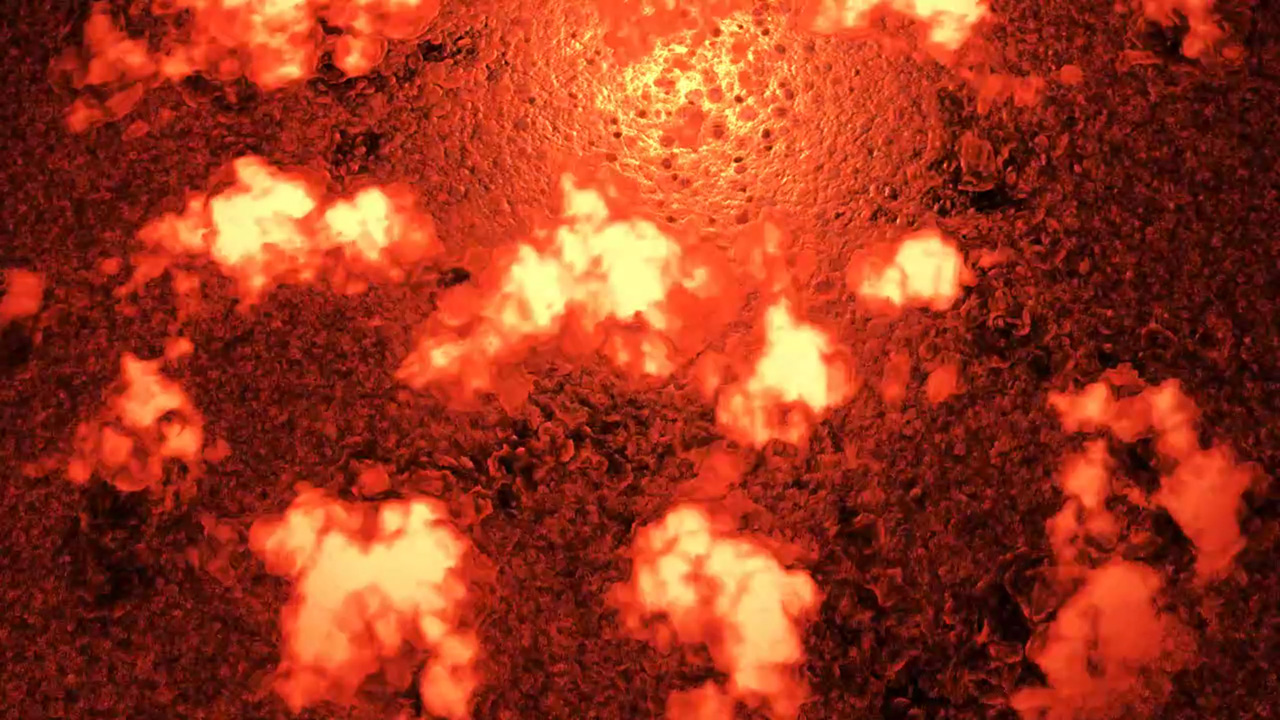