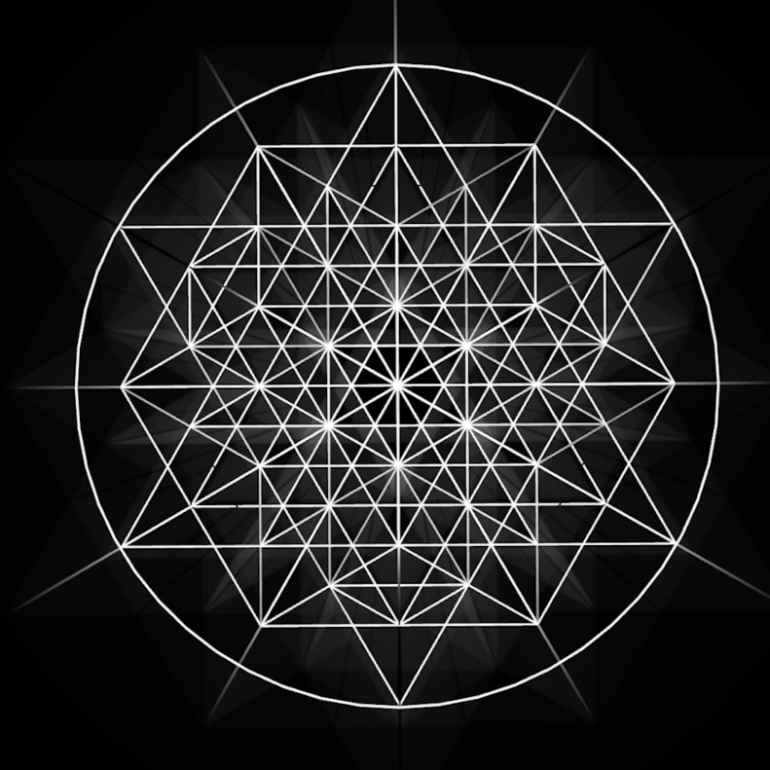 The main inspiration for this performance was Albrecht Durer’s ‘Melencolia I‘ – a magnificent and full of metaphors engraving from 1514.

This, over 500 years old, engraving seems ancient today with some of its metaphors lost in time. Those remaining share, however, the spirit of the times with present days.  The melancolia, lack of hope, feeling of being (mis)guided by invisible forces and infleuences, faced with cold, abstract logic of geometry and numbers. But also the decadent feeling of an impending end of the world, symbolised by mysterious and ominous comet in the sky. It seems the feeling of the end of an era and impeding end of the world (or current “world”) is an universal phenomenon throughough the human existence.

I’ve decided to dive straight ahead into the aesthethics and developed a non photorealistic, etching-like rendering style. Here’s the result in a WIP scene: 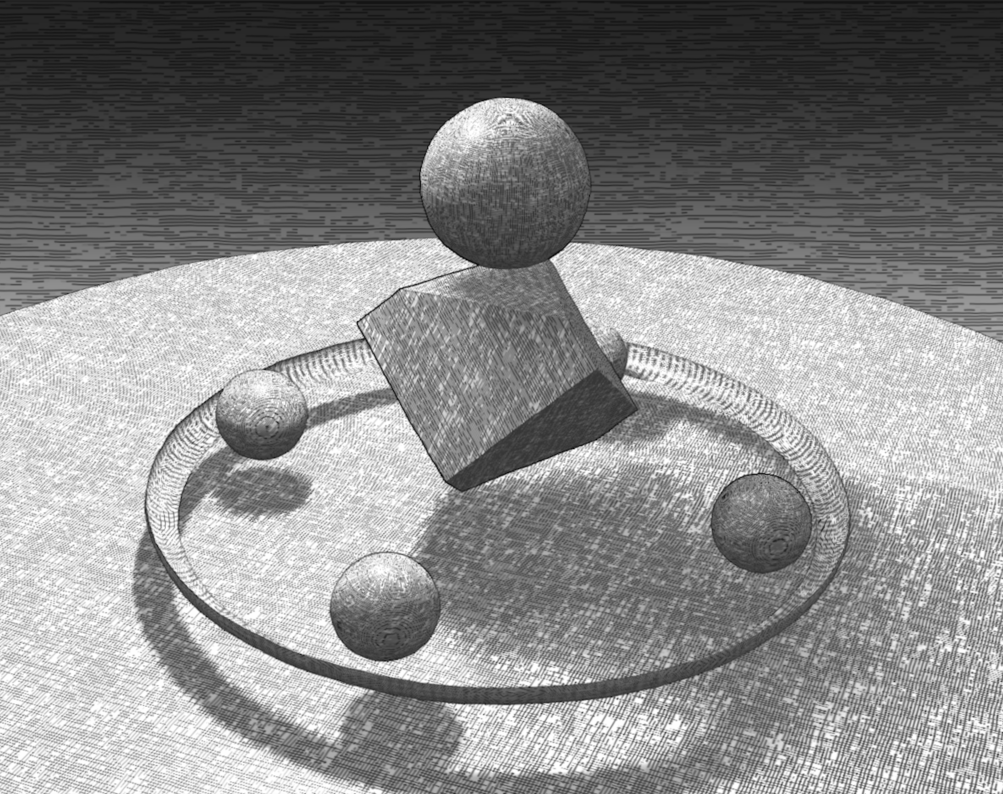 One of the important symbols in the engraving is a bat, holding the title. We’ve decided together with Jacek Krawczyk (SDT’s main performer and director) that we’re gonna swap this, historically fearsome and sinister, now cute animal with something much more contemporary and unhuman.

Drones started to get popular attention with the introduction of small, ready-to-use, cheap consumer quadcopters. Propably everyone who saw or controlled them quickly became aware of the new possibilites this technology brings. Drones are obviously great in film, security and surveilance, but as every game changer, they have their dark sides. From privacy breaches, through flight disruption, ending with drug smuggling and political assassination attempts.

This pales in comparison, when we start to imagine what drones would be capable of, if coordinated and armed. Enter: The Drone Swarm. US Army has already developed systems of air dropped, coordinated drone swarms. Mind the high pitched, insect-like noise. The Swarm is pretty scary… How this could work on a human level is pretty well shown in this provocative faked presentation by Ban Lethal Autonomous Weapons initiative.

Such swarms are not currently as intelligent as depicted, but they potentially can be – all the required technologies are available, even if currently, not fully portable. This already fearsome vision is becoming even more sinister when mixed with godlike AI and machine learning systems, creating swarms that can not only identify the targets, but learn and develop new swarm strategies just like any other AI system. Ok, enough of scaremongering…

While working on music, Mariusz Noskowiak came across fascinating and inspiring (although a bit sketchy) ideas of Nassim Haramein. This has led to inclusion of one of his 3d polytetrahedrons, being the multidimensional version of kabballistic Tree of Life, This 3d sculpture is a real beauty when looked at different angles. 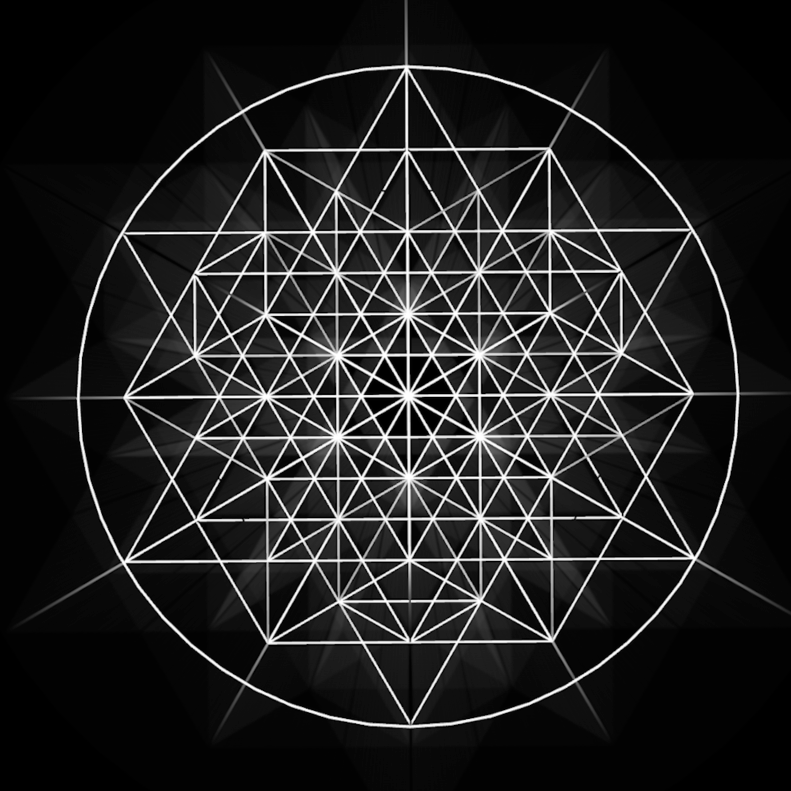 All the projections are controlled and projected life, meaning all the renderings are created during the performance and controlled by MIDI. This was possible thanks to the immense power of TouchDesigner – node base software that makes all the advance magic possible. The drone cave scene, for example consists of 14000 drones attached to cave ceiling and 1.5 milion vertices ant yet it runs at smooth 30 fps on my machine. Creating an etching “shader” was also pretty straightforward with this, trully amazing, software.