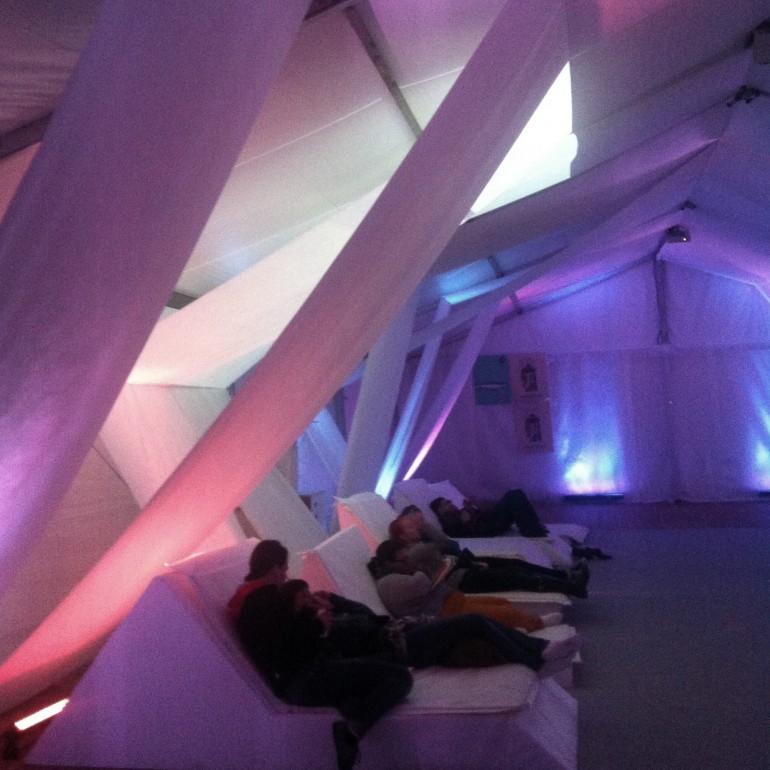 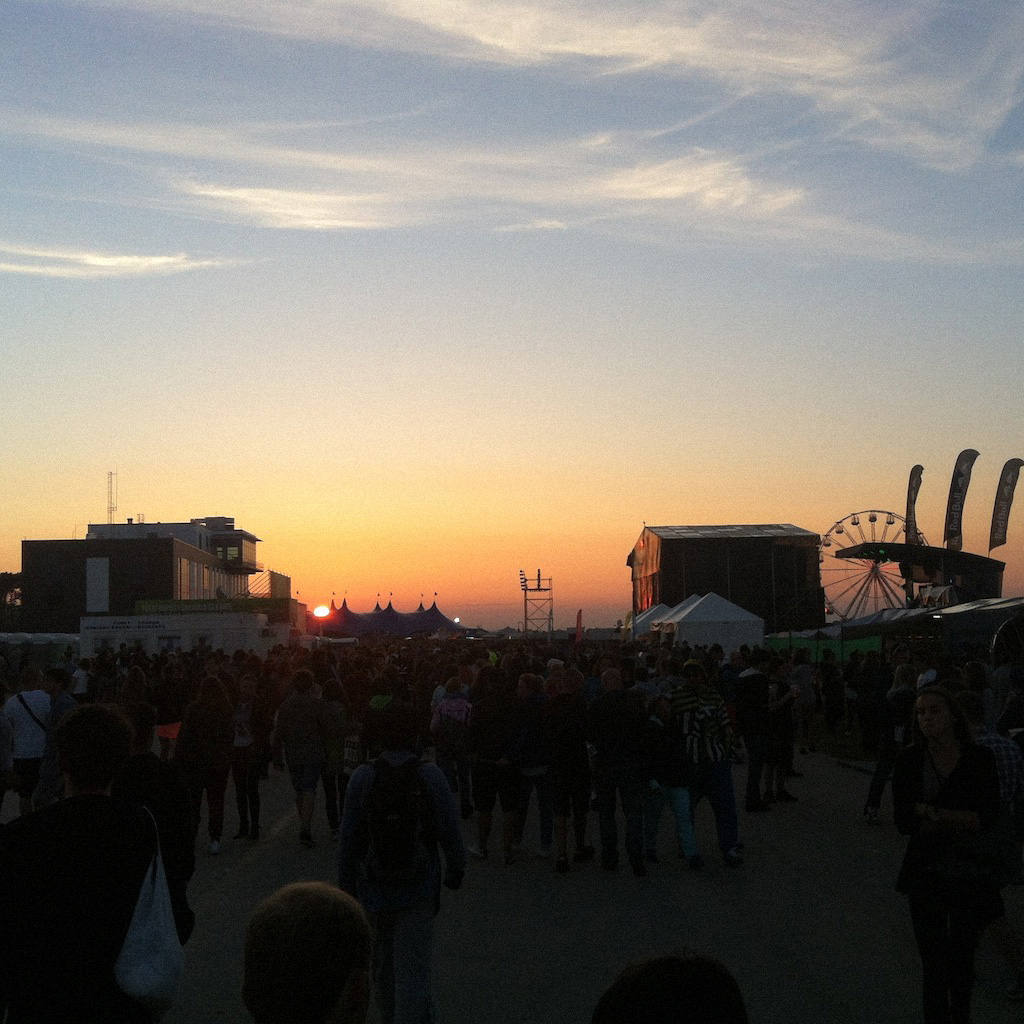 Together with Sebastian Bednarek, we got invited by POCOTO to interactively enhance the official tent of city of Gdynia – the host city to the Heineken Opener Festival.

Spatial design for a tent, by Dorota Terlecka

The main idea for the tent was to create a zone to rest and chill, zone where one can sit and relax, watching videos (made by tristudio) on the ceiling, inviting participants to visit the city of Gdynia during or after the festival. Of course there was an info box, where one could get a map and find out what more about city and points of interest. But other than that, one could spend time there without being constantly distracted.

Tent itself was 10x20m with two entrances and rows of seats at the sides. The biggest challenge was relatively low ceiling height (4m at the top ridge, 2.5m at the sides). The space was designed with two rows of wide seats at the sides, leaving a space of around 4m in the middle. Our main task was to create interactive floor visuals but due to spatial constraints we decided to make tent’s lighting interactive too. We divided the space into 8 zones, gradually changing the LED colours in the zone, depending on amount of movement. 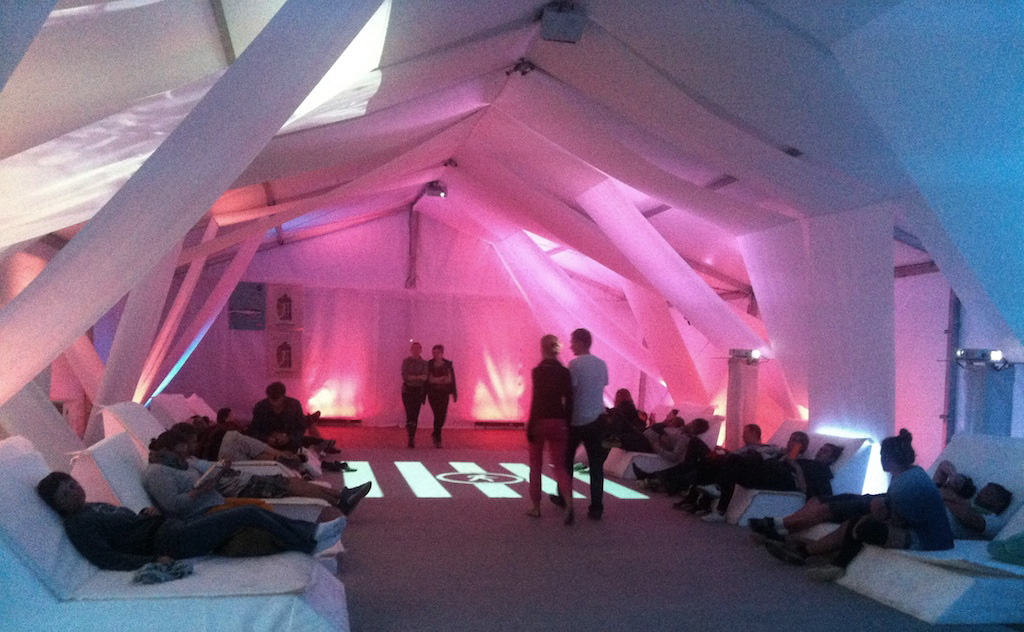 Theme of pedestrian crossing came to my mind when I saw the tent as a reflection of an urban street with main passage being the road and seats the sidewalk. It was also in line with celebrated urban character of city of Gdynia.

Considering limited budget and space constraints, we’ve decided to use three projectors for the floor – two of them covering interactive area (marked by the crossing lines) to avoid shadows, and third one, mirroring the active side and effectively doubling projection size. 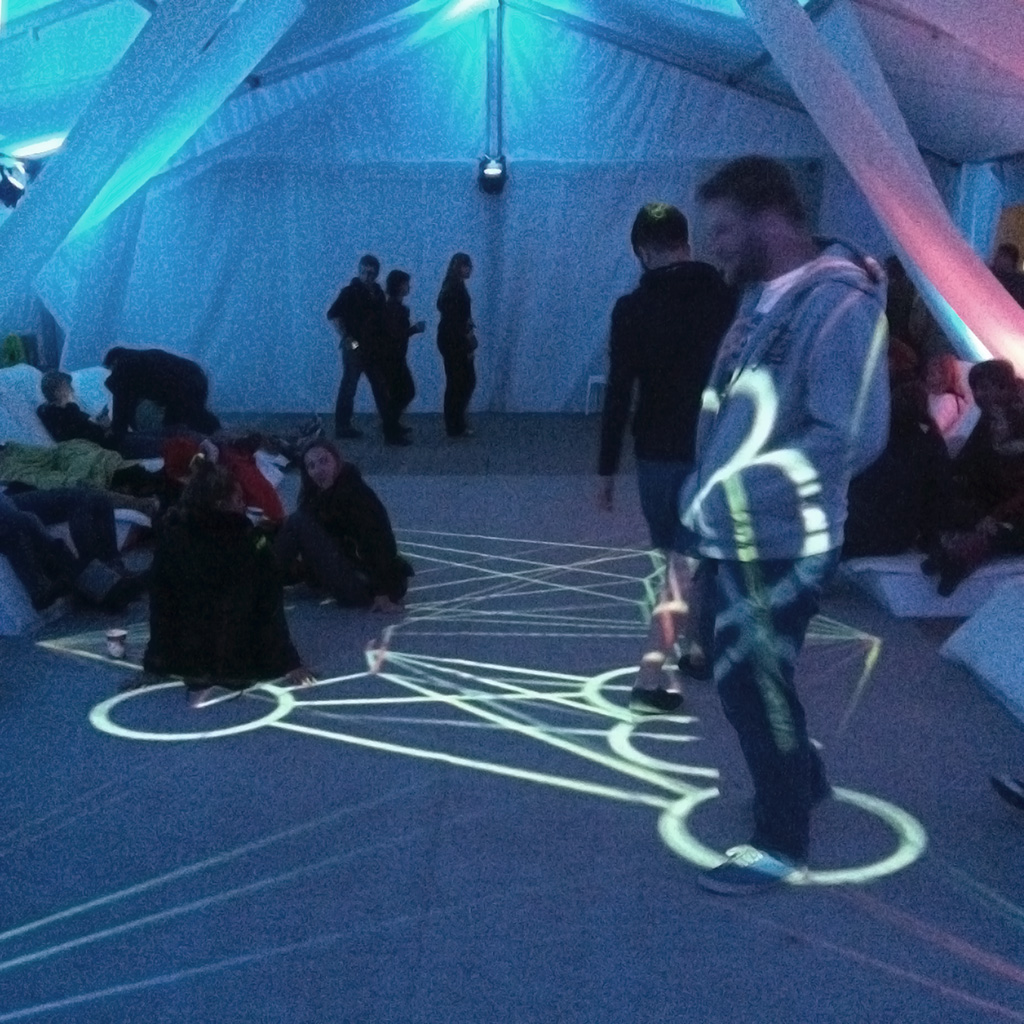